When new cars and tourism leave you empty

When Albert first renovated an old car – when he was still in his teens – he felt an immense sense of freedom. Even then insurance was a ripoff, so he only used it for late summer – July through September.

The only experience that matched it for liberty was later, when he lived “off grid”, as it were, in a caravan – no rent, no services, close to nature.

Slowly, some would say inexorably, the car became more a habit than a treat – one day it rained so the trip to the store was more comfortable in the car. As it became “necessary”, obviously they (his family) needed a better, newer, more costly car. 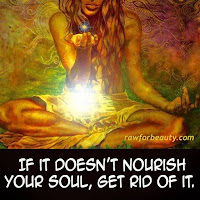 The change happened in such gradual steps that Albert didn’t realise he was missing the walk to the shops, the beauty spots, the timely meetings with fellow pedestrians …

Nowadays, and we’re talking decades later, traffic mostly feels like bad manners, bad tempers, traffic jams and very unhappy people. They appear to be even more unhappy when in a large store that has every THING they could possibly need.

The car adverts suggest that a new car implies limitless freedom, and as if by magic you’ll be the only car on the well maintained road in a beautiful national park. Related adverts suggest that if you catch a climate-change monster airplane every year to “escape” you’ll be very happy and mysteriously develop perfect skin and a bottomless wallet. You’ll probably have 2 children – one boy and one girl – who are permanently happy and don’t think you are a complete failure.

Escape!! Escape queues and ripoffs in an airport??!!

If you need to escape, your life has lost meaning. This is very sad, but a temporary, heavily advertised escape solves nothing.

So, back to the car! The car adverts feature lies, disappointments and fail to mention the endless queues and the unfixable design of your no longer guaranteed ‘new’ car.

Insurance companies collaborate on price fixing, change-policy fees (£50 for 2 minutes typing!), etc. Governments hike road tax on old vehicles and vans, even if the driver does very few miles! It has nothing to do with fairness – they do what they can get away with.

After many decades, Albert finds he has an old car, again. Renovating it is a joy, because he knows what all the bits under the bonnet are! Well, nearly all. What he thought was a birds’ nest turns out to be mice! They have been rehoused …

“I’ll use this rarely,” Albert declares. “And enjoy walking whenever I can. My midriff bulge is already declining! Plus I can spend 2% of what a new car would cost on a good bicycle and 3% on possibly the best anti=climate-change invention ever – the electric bike.

Tootling out in an ancient renovated car gives Albert a weekly feeling of extreme freedom.

Walking or cycling does so daily.

There are times when life is almost unbearably beautiful.

TV, compulsive shopping, adverts, “holidays” !! just get in the way.

What is this desire for “things”, holidays, glamour, “wealth” ?

It’s a valid feeling that something is missing.

The indescribable feeling / beauty of wholeness.

Various books, religions, works of art can function as signposts, but where is it?